Used initially by a group of naval officers stationed at the nearby Simonstown base (who were mainly transitory), and a number of enthusiastic golfers from the area, the Clovelly 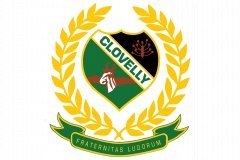 Used initially by a group of naval officers stationed at the nearby Simonstown base (who were mainly transitory), and a number of enthusiastic golfers from the area, the Clovelly Golf Links was formed, and was for a start, only a nine hole course.

It was several years after the Great Depression of the late 1920′s that Clovelly was rescued from closure by two entrepeneurs Gus Ackerman and Michael Pevsner who purchased the property and in 1932 formed the Clovelly Country Club which was officially opened in 1934.

The property was the farm “Klein Tuin”, and was purchased for the sum of 3 000 pounds. Gus Ackerman and Michael Pevsner’s stated purpose was “that the aforesaid land shall only be used for sporting and other activities of the Clovelly Country Club from the membership of which no person shall be debarred by reason of race, religious denomination or creed”.
Michael Pevsner was the first President of the Club and remained so until his death in 1941. Gus Ackerman became the first Chairman, a position he only relinquished in 1953 when he was elected Life President, until his death in 1966. His son Raymond has succeeded him in the President’s chair.

The names Maurice and Phyllis Bodmer are synonymous with Clovelly Country Club. Maurice joined the Club as a Professional in 1935, and Phyllis in 1947 as assistant secretary. They were married in 1962 when a reception was held for them at the Club. Both retired after yeoman service in 1980.

Probably the most famous game of golf played at Clovelly was in 1947 when Maurice Bodmer partnered Bobby Locke against “Slamming” Sam Snead and Norman von Nida in an exhibition match which was won 2 & 1 by Bodmer and Locke.
In 1937 Clovelly hosted the first “Trophy Of Light” competition for the National Council for the Blind which has subsequently become an annual event. Over the years the tournament has raised many thousands of Rands for this admirable organisation.